I’ve had a rather lazy weekend, but now that the beautiful sun is shining, and with little grading and planning to do, I am energized and in the mood to write. Life is flowing along wonderfully and I have two trips planned for 2018, and another short road trip in the works. I am so fortunate and feel sheer excitement and joy about all three trips that will be filled with family and friends, most of whom I haven’t seen in several years, and some of whom I have yet to meet!

The latter part of 2017 was busy, but I was able to take four days off work for a six-day European adventure (literacy conference and mini-vacation). I’d refer to the wonderful notes of ideas and memories recorded in my journal, but I regretfully lost it at the end of the trip. I was so mad at myself for doing so, since the journal was almost full and had spanned over two busy years, but laughed when thinking about who would find it where I think it ended up, in the Athens airport. I wrote mostly in Spanish, with some English and French, and a bit of Portuguese…so it was somewhat ‘encrypted’ to most readers. Hopefully it at least ended up in a recycling bin. (Sigh…).

Wandering in a park in Nicosia, Cyprus.

I rarely pause between activities and new living locations long enough to reflect upon the many people, experiences and places that my life is composed of. I’ve never managed to change this pattern, as a door or two usually open before another one has closed, so there are always many projects on the go and ideas brewing. That’s how I like it, but vacations are a fantastic time to disconnect from the daily to-dos, to recollect thoughts, ponder new goals and decide which ideas to bring to the front burners. Time alone while away, immersed in distinct cultures and places, is a time to remember that life doesn’t have to be as busy as I make mine.

I bought a new journal on my recent birthday, and it is once again very useful for reflecting. Eventually, I’ll read notes from several months or years back. They say en español, “Recordar es volver a vivir” (“To remember is to live again”), and I treasure remembering and re-living special moments that passed and will never return, but were magical in their fleeting present.

My trip to Strasbourg, France (where I did an exchange in my 3rd year of university, and have some dear friends) and then to an international literacy conference in Nicosia, Cyprus (where I presented among experienced teachers and academics), had many such moments that I cherish and long to relive through my journal. At least some photos of the places where those memories were made still exist…

View from the table in my AirBnB in Nicosia before heading to Day 1 of the conference. 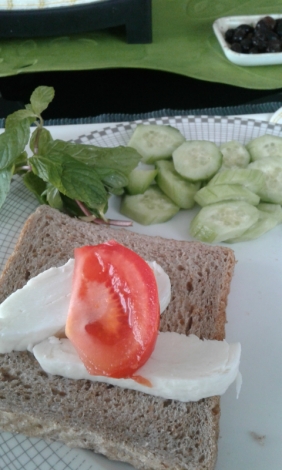 Breakfast: Mmmmmm….Halloumi cheese and tomato on bread, with cucumber, fresh basil (and olives)

My kind of (musical) living room 🙂 At my AirBnB with a local family. 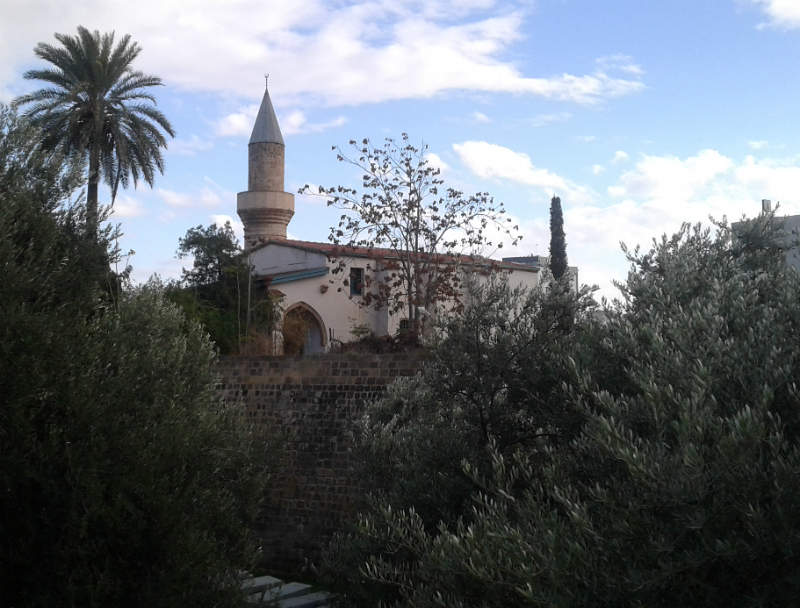 A blend of Greek and Turkish cultures in long-coveted Nicosia

Best wishes for a travel-filled year to you!